The Citizenship (Amendment) Act, 2019 was passed by the Parliament of India on 11 December 2019. It amended the Citizenship Act of 1955 by providing a path to Indian citizenship for Hindu, Sikh, Buddhist, Jain, Parsi, and Christian religious minorities fleeing persecution from Pakistan, Bangladesh and Afghanistan. Muslims were not given such eligibility. The act was the first time religion had been used as a criterion for citizenship under Indian law.

The Hindu nationalist Bharatiya Janata Party (BJP), which leads the Indian government, had promised in previous election manifestos to offer Indian citizenship to persecuted religious minorities from neighboring countries. Under the 2019 amendment, migrants who had entered India by 31 December 2014, and had suffered "religious persecution or fear of religious persecution" in their country of origin were made eligible for citizenship. The amendment also relaxed the residence requirement for naturalization of these migrants from eleven years to five. Immediate beneficiaries of the Bill, according to the Intelligence Bureau of India, will be 31,313 refugees: 25,447 Hindus, 5,807 Sikhs, 55 Christians, 2 Buddhists and 2 Parsis.

The amendment has been widely criticised as discriminating on the basis of religion, in particular for excluding Muslims. The Office of the United Nations High Commissioner for Human Rights called it "fundamentally discriminatory", adding that while India's "goal of protecting persecuted groups is welcome", this should be accomplished through a non-discriminatory "robust national asylum system". Critics express concerns that the bill would be used, along with the National Register of Citizens, to render Muslim immigrants stateless. Commentators also question the exclusion of persecuted religious minorities from other regions such as Tibet, Sri Lanka and Myanmar. The Indian government says that Pakistan, Afghanistan and Bangladesh are Muslim-majority countries where Islam has been declared as the official state religion through constitutional amendments in recent decades, and therefore Muslims in these Islamic countries are "unlikely to face religious persecution" and cannot be "treated as persecuted minorities". Scholars describe Muslim minorities in these countries, such as Hazaras and Ahmadis, as also facing persecution.

The passage of the legislation caused large-scale protests in India. Assam and other northeastern states have seen violent demonstrations against the bill over fears that granting Indian citizenship to refugees and immigrants will cause a loss of their "political rights, culture and land rights" and motivate further migration from Bangladesh.In other parts of India, protestors said the bill discriminated against Muslims and demanded that Indian citizenship be granted to Muslim refugees and immigrants. Major protests against the Act were held at universities in India. Students at Aligarh Muslim University and Jamia Millia Islamia alleged brutal suppression by the police. The protests have led to the death of several protesters, injuries to protesters and police personnel, damage to public and private property, the detention of thousands of people, and suspensions of local internet and communication infrastructure in certain areas. Some of the states have announced they will not implement the Act, however the Union Home Ministry said that states lack the legal power to stop the implementation of CAA.

The Indian government passed the Citizenship Act in 1955. This act, and its subsequent amendments, prohibited illegal migrants from obtaining Indian citizenship. The act defined illegal immigrants as citizens of other countries who entered India without valid travel documents, or who remained in the country beyond the period permitted by their travel documents. The 1955 law provided provisions to deport or jail the illegal immigrants.

India is not a signatory to either the 1951 UN Refugee Convention or the 1967 Protocol. It does not have a national policy on refugees. All refugees are classed as "illegal migrants". While India has been willing to host refugees, its traditional position formulated by Jawaharlal Nehru is that such refugees must return to their home countries after the situation returns to normal. According to the US Committee for Refugees and Immigrants, India hosts refugees in excess of 456,000, with about 200,000 from "non-neighbouring" countries hosted via the UNHCR.

The Hindu nationalist Bharatiya Janata Party (BJP), which won the 2019 Indian general elections, promised in its 2019 election manifesto to offer Indian citizenship to "persecuted religious minorities from neighboring countries". Prior to these elections, in 2015, the government legalised such refugees, granting them long-term visas. They also announced that Bangladeshi and Pakistani nationals belonging to "minority communities" would be exempted from the requirements of the Passport (Entry into India) Act, 1920 and the Foreigners Act, 1946. Specifically mentioned were "Hindus, Sikhs, Christians, Jains, Parsis and Buddhists," who had been "compelled to seek shelter in India due to religious persecution or fear of religious persecution". Eligibility for the exemption was made contingent on a migrant having arrived in India by 31 December 2014.

The BJP government introduced a bill to amend the citizenship law in 2016, which would have made non-Muslim migrants from Pakistan, Afghanistan, and Bangladesh eligible for Indian citizenship. Although this bill was passed by the Lok Sabha, or lower house of Indian parliament, it stalled in the Rajya Sabha, following widespread political opposition and protests in northeast India that did not want any migrants from Bangladesh. Opponents of the bill in Assam and the northeastern states of India stated that any migration from Bangladesh "irrespective of religion" would cause "loss of political rights and culture of the indigenous people".

The BJP reiterated its commitment to amend the citizenship act in its 2019 election campaign. It stated that religious minorities such as Hindus and Sikhs are persecuted in neighboring Muslim-majority countries, and promised to fast track a path to citizenship for non-Muslim refugees.After the elections, the BJP government drafted a bill that addressed the concerns of its northeastern states. It excluded Arunachal Pradesh, Mizoram, Nagaland, Tripura, Meghalaya and Manipur, except for non-tribal cities exempted under pre-existing regulations. It also excluded tribal areas of Assam. The Indian government, while proposing an Amendment, said, that its bill aims to grant quicker access to citizenship to those who have fled religious persecution in neighbouring countries and have taken refuge in India. 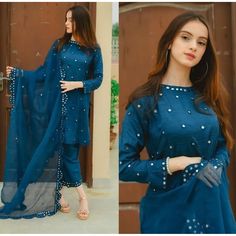 educratsweb provide the educational contents, Job, Online Practice set for students.
if you have any information regarding Job, Study Material or any other information related to career. you can Post your article on our website. Click here to Register & Share your contents.
For Advertisment email us at educratsweb@gmail.com
Search | http://www.educratsweb.com/content.php?id=1011