The UIDAI plans to set up Aadhaar Seva Kendras, similar to the concept of Passport Seva Kendras, in a mega project that involves opening of facilitation centres for enrolment and update services in 53 cities across India, official sources said.

The proposed Aadhaar centres will be UIDAI’s own – under the authority’s supervision – and will operate in addition to nearly 30,000 centres, currently being run by banks and post offices, and in government premises (offering similar Aadhaar services), they said. The cost of the entire project is being estimated in the ballpark of Rs 300-400 crore, they noted.

UIDAI officials, who did not wish to be named, told PTI that the centres are aimed at offering convenience to individuals, looking to avail Aadhaar enrolment and update services. These centres are being conceptualised as grander versions of existing bank or post office run units – each bustling centre will have eight or 16 stations depending on population of that city to deal with service requests and queries.

The UIDAI, however, has clarified that service providers can still use offline verification tools like eAadhaar and QR (Quick Response) code that leverage Aadhaar without authentication, any access to biometrics, or revealing the 12-digit number.

The UIDAI believes that this would mean that individuals will continue to need services such as enrolment and updation, if they want to use Aadhaar-based offline modes.

In all, Aadhaar Seva Kendra will come up in 53 cities and will be operational by April 2019. 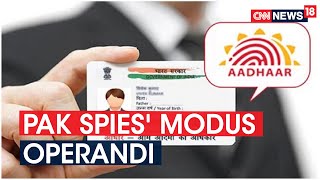