According to the latestrelease (at 2030 Hrs. IST)by the National Weather Forecasting Centre/Cyclone Warning Division of the India Meteorological Department:

The Very Severe Cyclonic Storm‘AMPHAN’ (pronounced as UM-PUN) over central parts of SouthBay of Bengal moved northwards with a speed of 09 kmph during past 06 hours and lay centred at 1730 hrs IST of today, the 17th May, 2020 over central parts of South Bay of Bengal near latitude 12.0°N and longitude 86.0°E, about 930 km south of Paradip (Odisha), 1080 km south-southwest of Digha (West Bengal) and 1200 km south-southwest of Khepupara (Bangladesh). It is very likely to intensify further into an Extremely Severe Cyclonic Storm during next 24 hours. It is very likely to move nearly northwards slowly during next 12 hours and then re-curve north-northeastwards and move fast across northwest Bay of Bengal and cross West Bengal – Bangladesh coasts between Digha (West Bengal) and Hatiya Islands (Bangladesh) during the Afternoon / Evening of 20th May 2020 as a Very Severe Cyclonic Storm.

Forecast track and intensity are given in the following table: 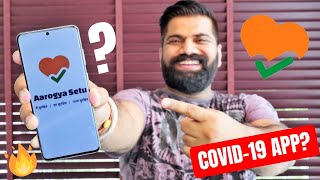 Aarogya Setu App??? How To Use??? Coronavirus Tracking App By Government Of India COVID-19🔥🔥🔥 #Technology - Published on Wednesday July 15 2020 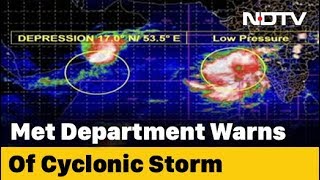 Cyclonic Storm Likely In 48 Hours, To Reach Maharashtra, Gujarat On June 3 #News - Published on Sunday May 31 2020 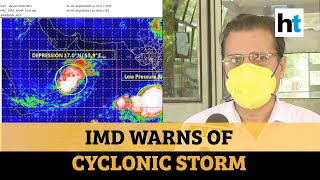