April 20 - Historical Events - On This Day 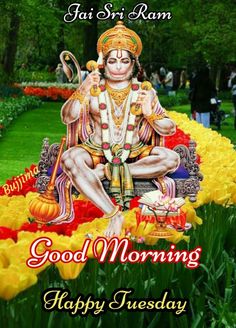 Subscribe via Email (Powered by Google FeedBurner)
1. Alumni meets organized across the country under Deen Dayal Upadhyaya Kaushalya Yojana (DDU-GKY), commemorating 75 years of Independence
With an ambitious agenda to benchmark wage placement-linked program to global standards, Ministry of Rural Development (MoRD) revamped the placement linked skill development program under National Rural Livelihood Mission as DeenDayal Upadhyaya Grameen Kaushalya Yojana (DDU-GKY) on the 25th September, 2014. DDU-GKY is a nationwide placement-linked skill training program funded by the Ministry of Rural Development, Government of India. The program is currently being implemented in 27 States
2. Ministry of Tourism is organising five webinars of Dekho Apna Desh webinar series to celebrate Independence Day
It is that time of the year again when the people of the country stand together with pride humming the national anthem to respect the chronicled accomplishment of Indian Independence of 1947. Indias struggle to freedom is a significant chapter in the nations history and holds a value greater than any significant event of the past. The celebration of this day i.e. 15th August is marked by Prime Ministers hoisting of the Indian tricolour flag in countrys capital city New Delhi, and all across State
3. Union Home Minister, Shri Amit Shah conveys greetings to mark Independence Day
Union Home Minister, Shri Amit Shah has conveyed greetings to mark Independence Day. On the occasion of India’s 74th Independence Day, the Union Home Minister unfurled the National Flag at his residence here today. In his message, Shri Amit Shah said,“On the occasion of Independence Day, I bow before those who contributed to India’s freedom with their valour and sacrifice and I also pay my respects to those brave men and women who made the supreme sacrifice in the cause of the nati
4. Curtain Raiser of Independence Day Celebrations - 2020 at Red Fort
Prime Minister Shri Narendra Modi will lead the nation in celebrating the 74th Independence Day at the majestic Red Fort here tomorrow. He will unfurl the National Flag and deliver the customary Address to the Nation from the ramparts of the iconic monument.
5. 926 Police personnel have been awarded Medals on the occasion of Independence Day, 2020
A total of 926 Police personnel have been awarded Medals on the occasion of Independence Day, 2020.  Police Medals for Gallantry (PMG) have been awarded to 215 police personnel for their conspicuous gallant action. President’s Police Medals for Distinguished Service has been awarded to 80 police personnel and Police Medal for Meritorious Service to 631 police personnel.   Among the majority of the 215 Gallantry Awards, 123 personnel are being awarded for their gallant actio
6. English rendering of Prime Minister Shri Narendra Modi’s address to the Nation from the ramparts of the Red Fort on the 74th Independence Day- August 15, 2020
My dear countrymen, Congratulations and many best wishes to all the countrymen on this auspicious occasion of independence. Today, we are able to live in an independent India because of the sacrifices of millions of sons and daughters of Mother India. This is an occasion to pay tribute to the freedom fighters, martyrs and brave souls and their spirit and dedication to free Mother India. The valiant soldiers of our armed forces, our paramilitary forces, our police personnel a
7. Photograph of 74th Independence Day
Photograph of 74th Independence Day
8. GALLANTRY MEDALS TO NAVAL PERSONNEL ON INDEPENDENCE DAY 2020
NAO SENA MEDAL (GALLANTRY) CAPT MRIGANK SHEOKAND (05107-F)                The officer is one of the most experienced pilots of the MiG-29K fleet of the Indian Navy. He is a Qualified Flying Instructor with more than 2000 hours of total flying experience. On 16 Nov 1
9. Special arrangements made by MoD for Independence Day celebrations at Red Fort tomorrow in view of COVID-19
Ministry of Defence is organising Independence Day Flag Hoisting Ceremony on 15 August, 2020 at Red Fort maintaining the balance between the sanctity and dignity of the National function while factoring in precautions related to the COVID-19 scenario. In order to facilitate seamless movement with the least chances of any crowding, seating enclosures and walkways are laid with wooden flooring and carpeting. Additional Door frame metal detectors, with adequately spaced markings have been
10. Photograph of Takhat Sri Harimandir Ji, Patna Saheb, India
Photograph of Takhat Sri Harimandir Ji, Patna Saheb, India
11 Photography
12 Sanjana Sanghi Photograph
13 World Photography Day - 19 August
14 India Independence Day HD Wallpapers
15 BEAUTIFUL RAIN PHOTOGRAPHY
16 Sanjana Sanghi Photograph
17 BEAUTIFUL RAIN PHOTOGRAPHY
18 Sanjana Sanghi Photograph
19 Sanjana Sanghi Photograph
20 Sanjana Sanghi Photograph educratsweb provide the educational contents, Job, Online Practice set for students.
if you have any information regarding Job, Study Material or any other information related to career. you can Post your article on our website. Click here to Register & Share your contents.
For Advertisment email us at educratsweb@gmail.com
#Search | http://www.educratsweb.com/content.php?id=3438