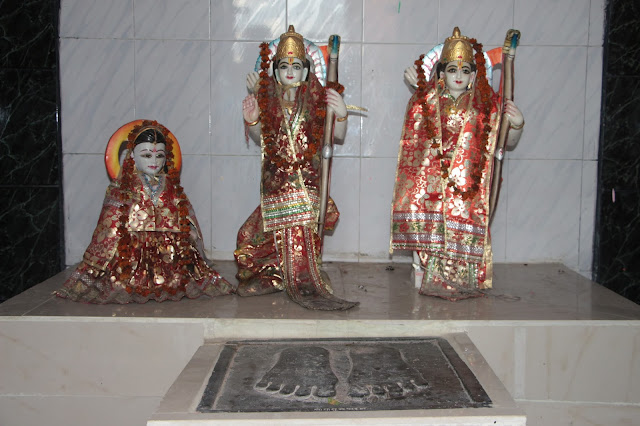 The Ashram of Gautam Rishi is situated 10-12 km west of Chapra on NH19 in Godnah/Revelganj  situated on the northern bank of River Ghagra also called as Saru River. Earlier Godnah used to be very important religious and commercial place as it was the place were Ganga and Ghagrah river used to merge. It was main waterway between Bengal and Awadh . Trade exchange use to take at this place. 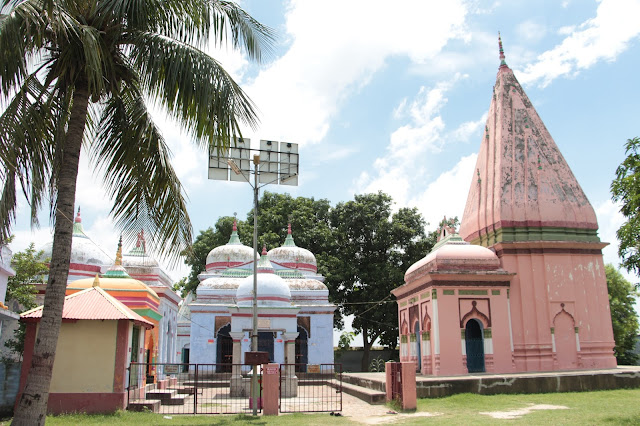 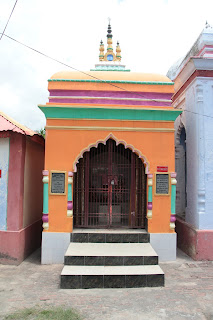 Sage Gautam’s land earliear used to be the spiritual land of Sage Shringhi . As per mythology , Sage Gautam along with his wife Ahylia and daughter Anjani setteled here and made this place as their land for spiritual practice . Anjani is the mother of lord Hanuman , hence this place is also refered as maternal hone of lord Hanuman. A shrine has been built on the land where gautam’s hut is believed to have stood at that point of time. As per religious belief the purification of Ahalya was meted out here. 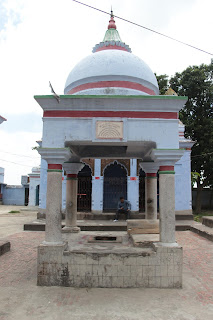 Sage Gautam was one of the famous seven rishis termed Saptarshi. He was the progenitor of the Gautama gotra. He was the son of Rahugana, belonging to the line of Angiras. His wife is Ahalya, herself the 'mind born daughter' (Sanskrit: manasa putri) of Creator Brahma. According to the Mahari dance tradition, Brahma created Ahalya out of water as the most beautiful woman in order to break the pride of Urvashi, the foremost celestial nymph. Created by the god Brahma as the most beautiful woman, Ahalya was married to the much older Gautama. In traditional Hinduism, Ahalya is extolled as the first of the panchakanya ("five virgins"), archetypes of female chastity whose names are believed to dispel sin when recited. While some praise her loyalty to her husband and her undaunted acceptance of the curse and gender norms, others condemn her adultery. 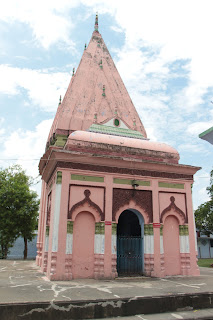 According to the Ramayana, Rishi Gautam once went to take bath in the river Ganges early morning. The king of the Devas, Indra, was fascinated with Gautam's wife, Ahalya. Indra came in the form of Gautam and made love to Ahalya. As he was escaping, he was caught by Rishi Gautam who was returning to the Ashrama from his bath. Gautam cursed Ahalya and Indra both for this act. Ahalya was converted to stone, while Indra was cursed with one thousands of female genitalia (Sahasrayoni). Later, taking pity on both, Gautam converted both these curses. Indra curse was converted to thousands of eyes he came to be known as Sahasrāksha. As for Ahalya, Gautam granted her the boon that she would be liberated by the touch of the feet of Lord Rama (Lord Vishnu).The curse varies from text to text, but almost all versions describe Rama as the eventual agent of her liberation and redemption. 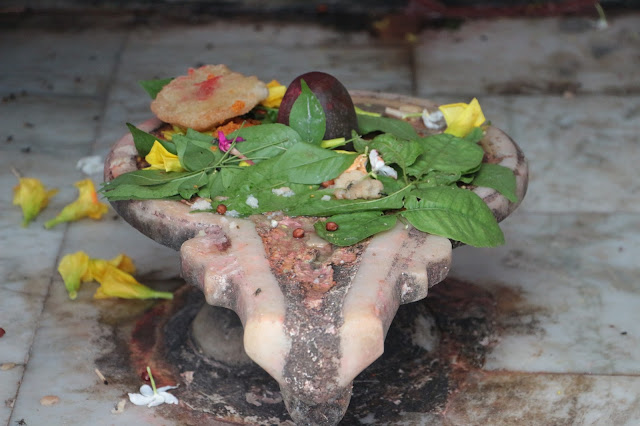 Nevertheless, he assures her that her sin will be expiated once she extends her hospitality to Rama, who will visit the ashram. Thereafter,Rishi Gautam abandons the ashram and goes to the Himalayas to practise asceticism. The Ayodhya prince Rama, his brother Lakshmana and their guru, the sage Vishvamitra pass Gautama's desolate ashram while travelling to King Janaka's court in Mithila. As they near the ashram, Vishvamitra recounts the tale of Ahalya's curse and instructs Rama to save Ahalya. Following Vishvamitra, the princes enter the ashram to see Ahalya, who, up till then, had been hidden from the universe. Under the direction of his guru, Rama considers Ahalya pure and unblemished and, accompanied by Lakshamana, gives her obeisance by touching her feet, an act that restores her social status. She greets them, recalling Gautama's words that Rama would be her redeemer. Ahalya extends her warmest reception, making a "welcome offering" of forest fruits and washing their feet, an act of respect according to the rites of that era. The gods and other celestial beings shower Rama and Ahalya with flowers and bow to Ahalya, who has been purified through her penance. Gautama then returns to his ashram and accepts her. 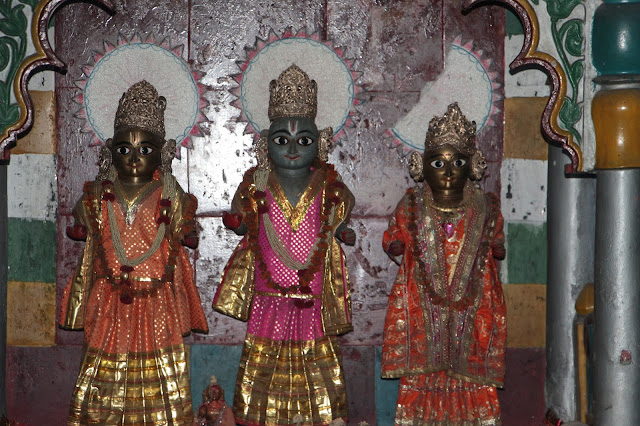 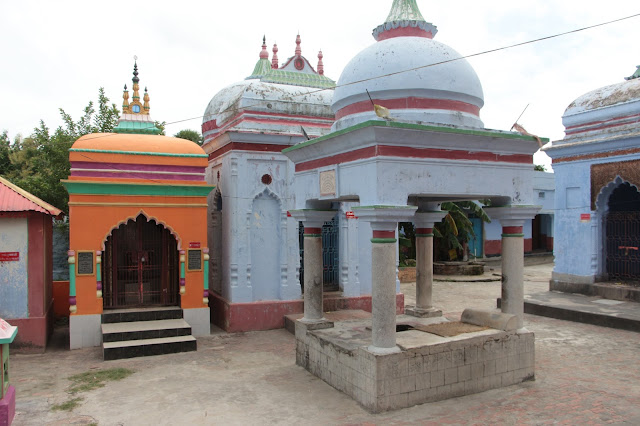 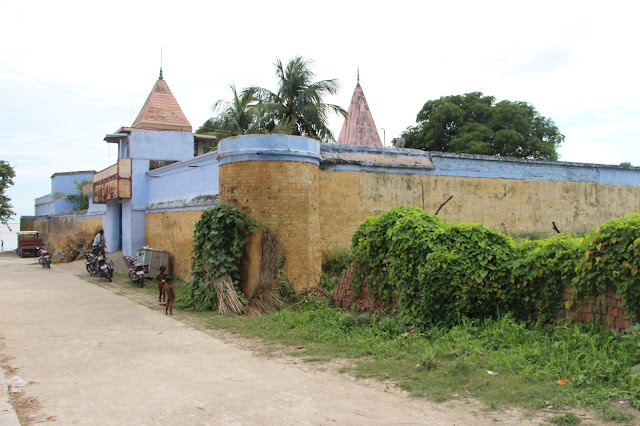 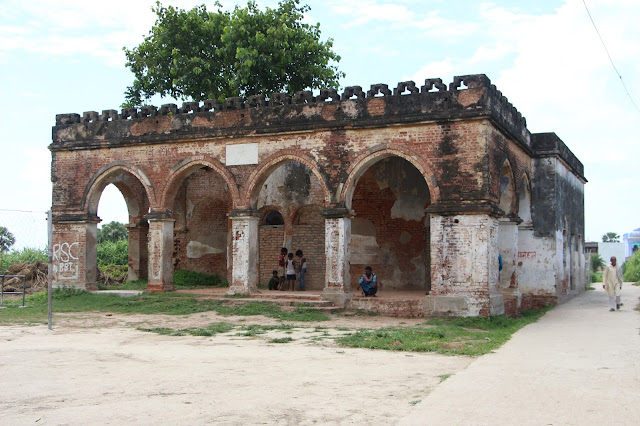 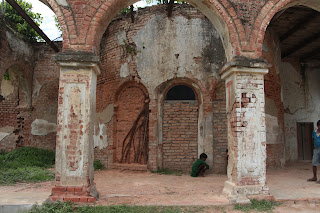 The history of this institute  is associated with Sage Gautam’s gurukul  where Law and Sanskrit were taught . The foundation of the current building ( now in ruins) was laid by the Bengal Governor Mr Revers Thompson in 1883 and was completed in 1887. The institute was renamed as “ Godnah- Thompson Gautam Rishi Pathsala “. 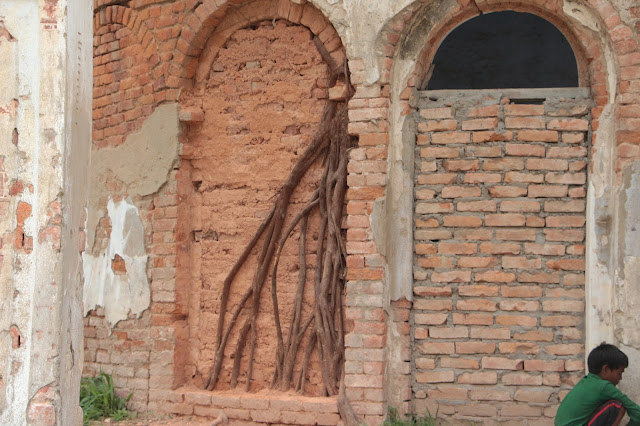 educratsweb provide the educational contents, Job, Online Practice set for students.
if you have any information regarding Job, Study Material or any other information related to career. you can Post your article on our website. Click here to Register & Share your contents.
For Advertisment email us at educratsweb@gmail.com
Search | http://www.educratsweb.com/content.php?id=3994