The Prime Minister Shri Narendra Modi dedicated the historic Kosi Rail Mahasetu to the Nation and inaugurated new Rail Lines and Electrification Projects in Bihar for the benefit of passengers through video conference.

Speaking on the occasion, Prime Minister Shri Narendra Modi said a new history has been created in the field of rail connectivity in Bihar. He said projects worth about Rs 3000 crore like inauguration of Kosi Mahasetu and Kiul Bridge, electrification projects, promotion of Make in India in Railways and a dozen of new job creating projects are launched today. These projects will not only strengthen Bihar’s rail network but also strengthen West Bengal and Eastern India’s rail connectivity.

The Prime Minister congratulated the people of Bihar for the new and modern facilities which would benefit the railway passengers of Eastern India including Bihar. He said many parts of Bihar are cut off from each other due to many rivers crisscrossing the state and people have to perform long journeys due to this. He said four years ago, construction of two Mahasetu was started in Patna and in Munger, to solve this problem. Now due to the commissioning of these two rail bridges, the travel between North and South Bihar has eased and this has initiated a new momentum for development especially in North Bihar.

The Prime Minister said a severe earthquake which occured eight and a half decades ago isolated the Mithila and Kosi region and it is a coincidence that both the regions are being interlinked in the midst of a pandemic like Corona. He added that today the Supaul-Asanpur-Kupha rail route is dedicated to the nation due to the hard work of the migrant labourers who were also involved in the construction of the bridge. He said this new Kosi rail line was envisaged in 2003 when Shri Atal Bihari Vajpayee was the Prime Minister and Shri Nitish Kumar was the Railway Minister, to overcome the problems of the people of Mithila and Kosi region. He said this project was fast paced during the present Government and work has been completed on Supaul-Asanpur Kupaha route using modern technology.

The Prime Minister said today a new rail service commencing between Supaul-Asanpur via Kosi Mahasetu will greatly benefit the people of Supaul, Araria and Saharsa districts. This would also make an alternative rail route to the people of the North East. He said with this Mahasetu a journey of 300 km is reduced to 22 km and will also promote business and employment in this entire region. He said this would save both time and money of the people of Bihar.

The Prime Minister said like Kosi Mahasetu, a new rail route on Kiul River with the electronic interlocking facility trains will be able to run at the speed of 125 kilometers per hour on this entire route. He added electronic interlocking will ease the movement of trains on the main line from Howrah-Delhi and will provide relief to unnecessary delays and travel would be safer.

The Prime Minister said Bihar is reaping huge benefits due to the modernization efforts in railways. In the last few years, to promote Make in India, Electric loco factory has been set up in Madhepura and Diesel loco factory in Marhaura. In both these projects, almost Rs 44000 crore have been invested. He said people of Bihar would be proud that the most powerful electric locomotive in India - 12000 horsepower locomotive is manufactured in Bihar. Bihar's first loco shed has also started functioning which would maintain electric locomotives.

The Prime Minister said with the introduction of Hajipur - Ghoswar - Vaishali rail line, Delhi and Patna will be connected by direct rail service. This service will give a lot of boost to tourism in Vaishali and new jobs will be created. He said work on dedicated freight corridors is going at a faster pace and about 250 km length of the corridor would fall in Bihar. After this completion of this project, the problem of delay in passenger trains will be reduced and the delay in the movement of goods will also be greatly reduced.

The Prime Minister lauded the railways for working tirelessly during the crisis of Corona. He said Railways played a prominent role in providing employment to migrant labourers and also bringing them back through Shramik Special Trains. He said the country's first Kisan rail was introduced between Bihar and Maharashtra during the Corona period.

The Prime Minister said earlier there used to be few medical colleges in Bihar. Due to this the patients in Bihar faced a lot of inconvenience, even the meritorious youth of Bihar had to move to other states for medical studies. Today in Bihar, there are more than 15 medical colleges, many of which have been built only in the last few years. A few days ago a new AIIMS was approved to be established in Darbhanga, Bihar and will also create thousands of new jobs.

Criticising the opposition who are spreading the lies on the Agriculture Reforms Bill the Prime Minister said some people who ruled this country for decades are attempting to mislead the farmers on this issue. He said the changes in the provisions of the agricultural market in APMC Act were also promised in the election manifesto of the opposition parties who are opposing the reforms now. He also refuted the lies propagated that the benefit of MSP will not be given to the farmers by the government and said that the government is committed to provide fair prices to farmers through MSP and Government procurement will continue as before. He added that with the new provisions coming into force, Farmers can harvest their crop and sell at his desired price in any markets of the country. He said realising the harm done by the APMC Act, the Chief Minister of Bihar removed this law in Bihar. He listed the initiatives of the Government to improve the lives of the farmers such as Pradhan Mantri Kisan Kalyan Yojana, Pradhan Mantri Krishi Sinchai Yojana, Neem coated Urea, network of cold storage is being built on a large scale in the country, investment is made on food processing industries and the creation of agricultural infrastructure fund.

The Prime Minister said the Government is constantly working to increase the income of farmers. A nationwide campaign is also being carried out to protect the livestock from diseases. In a clear message to the farmers of the country he urged them to be vigilant of those who are misleading them. He added these people are beating the knack of protecting the farmers, but actually they want to keep the farmers in many bonds. They are supporting the middlemen and supporting the looters of the farmers' earnings. This is the need of the country and the demand of time. 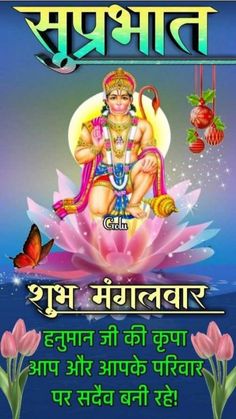 educratsweb provide the educational contents, Job, Online Practice set for students.
if you have any information regarding Job, Study Material or any other information related to career. you can Post your article on our website. Click here to Register & Share your contents.
For Advertisment email us at educratsweb@gmail.com
Search | http://www.educratsweb.com/content.php?id=4151