Speaking on the occasion, the Prime Minister said these highway projects would improve the connectivity in Bihar. The highway projects include construction of 3 large bridges, upgrading of highways into 4 lanes and 6 lanes.He said all rivers in Bihar will have bridges confirming to 21st century specifications and all major NHs will stand widened and strengthened

Prime Minister termed the day as not only historic for Bihar but for the entire country as the Government is taking major steps to make its villages the mainstay of AtmaNirbharBharat and that this is starting from Bihar today. He said under this project 6 Lakh villages would be provided internet services through Optical Fibre cable in 1000 days. This includes the 45,945 village in Bihar.  He said it was inconceivable a few years ago that the number of Internet users in rural areas would be more than those in the urban areas.

The Prime Minister said India is one of the leading countries in the world in terms of digital transactions. In August 2020 alone about Rs 3 Lakh Crore worth transactions were made through UPI. With the increase in internet usage, now it is also necessary that the villages of the country have good quality, high speed internet.

He said because of the efforts of the government optical fiber has already reached about 1.5 lakh Village Panchayats and more than 3 lakhs Common Service Centers.

Explaining the benefits that accrue through the speedier connectivity, Prime Minister said it would provide access to best of the reading material to the students, along with access to tele-medicine and access to information on seeds, new techniques nationwide markets to the farmers apart from real time data on weather conditions. Farmers can also easily transport their produce all over the country and world, he said.

The Prime Minister said the aim of the Government is to provide Urban facilities to Rural Areas in the country.

Shri Modi said, infrastructure planning was lopsided earlier and that its development was given a proper thrust only when Shri Atal Behari Vajpayee was the Prime Minister, who gave priority to infrastructure over politics.

The Prime Minister said that the approach now is to develop a Multi-Modal Transport Network where each mode of transport is linked to the other. The scale at which work is now being done on infrastructure related projects, the speed at which work is being done is unprecedented. Today, highways are being built at twice the speed than before 2014. Compared to the period before 2014 there has been a 5 times increase in the expenditure of highway construction.

He said the Government has announced to spend more than Rs 110 Lakh Crore on infrastructure in the coming 4-5 years. Out of this, projects worth more than Rs 19 lakh crore are allocated for the development of Highways alone.

The Prime Minister said Bihar is also benefiting from these efforts to expand the infrastructure related to road and connectivity. Under the Prime Ministers Package announced in 2015, over 3000 Kms of National Highway were proposed. In addition, under the Bharatmala Project, a six and a half kilometer national highway is being constructed. Today in Bihar, the work on the national highway grid is going at a fast pace. There are 5 projects underway to connect East and West Bihar with four lanes and 6 projects underway to connect North India with South India.

He said, the biggest obstacle in Bihar's connectivity has been due to large rivers. This is the reason that special attention was paid to the construction of bridges when the PM package was announced. Under PM package 17 bridges are being built over Ganges and most of which have been completed. Similarly, bridges are being constructed on the Gandak and Kosi rivers.

The Prime Minister said the Patna ring road and the bridge parallel to Mahatma Gandhi Setu and Vikramshila setu in Patna and Bhagalpur will speed up the connectivity.

Referring to the Agriculture Bills passed by the Parliament yesterday, the Prime Minister said these reforms are necessary in order to free the farmers from various shackles. He said the historic laws give new rights to the farmers and there would be no restrictions on selling their produce to anyone, anywhere and at a price and terms determined by the farmer himself.

Shri Modi said under the new reforms, the farmer has various alternatives apart from the Agriculture Markets (Krishi Mandis). A farmer can now sell his produce where he gets more profit.

The Prime Minister clarified that krishi mandis will not be closed and that they would continue to operate as they have been doing before. The Prime Minister said it was the NDA Government which is working for modernization and computerization of Mandis for the last 6 years.

Shri Narendra Modi also assured every farmer in the country that the system of MSP shall continue as before. Prime Minister said that the same vested interests which were exploiting the farmers have pushed the Swaminathan Committee Recommendations on MSP under the carpet for years.  He said that every season the Government would announce MSP as always.

Referring to the state of farmers the Prime Minister said that we have more than 85 percent farmers are either small or marginal and because of this their input costs increase and also cannot make profits because of low production. The Prime Minister said if the farmers can form a union then they can ensure better input costs and better returns. They can enter into better contracts with the buyers. These reforms will increase investment in agriculture, farmers will get modern technology, farmers' produce will reach the international market more easily.

Shri Modi referred to how recently five Farmer Producer Organisations in Bihar  have entered into an agreement with a very famous rice trading company. Under this agreement 4 thousand tons of paddy would be procured from the FPOs. Similarly, the Dairies and Milk Producers can also benefit from the reforms, he said.

The Prime Minister said that reforms have also been introduced in the Essential Commodities Act. He said certain provisions of the Act have hindered farmers' freedom. Shri Modi said pulses, oil seeds, potatoes, onions etc have been removed from restrictions of the act. Now the farmers of the country can easily store large amounts of their produce in cold storage. In our country, when the legal problems related to storage will be removed, the network of cold storage will also develop further and expand further.

The Prime Minister said some vested interests are trying to mislead the farmers on the historical reforms in agriculture. He said, the government procurement of pulses and oilseeds in the last 5 years is about 24 times more than the 5 years preceding 2014. During the Corona period this year, record purchases of wheat have been made from farmers during the Rabi season.

This year in rabi season, farmers were given Rs 1 lakh 13 thousand crore in MSP for the procurement of Wheat, Grain, Pulses and Oilseeds. This amount is also more than 30 percent over the previous year.

That is, during the Corona period, not only the record government purchases were made but also the record payments were made to the farmers. It is the responsibility of 21st century India to create new systems for the farmers of the country with modern thinking. 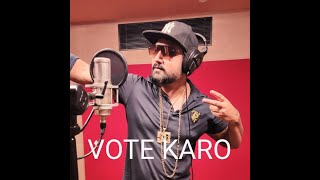 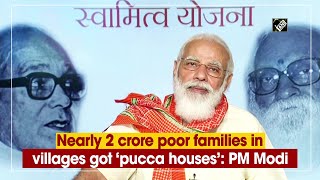 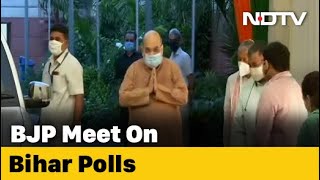 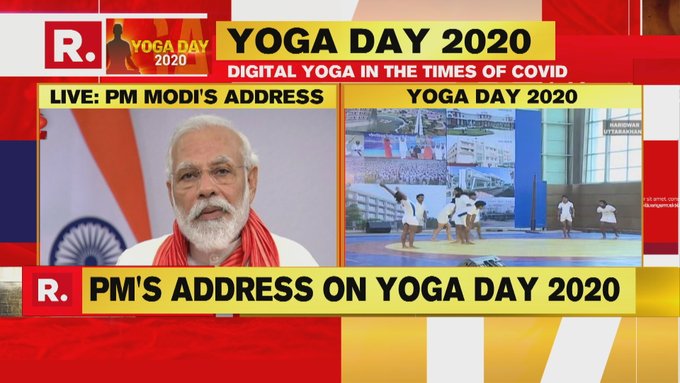 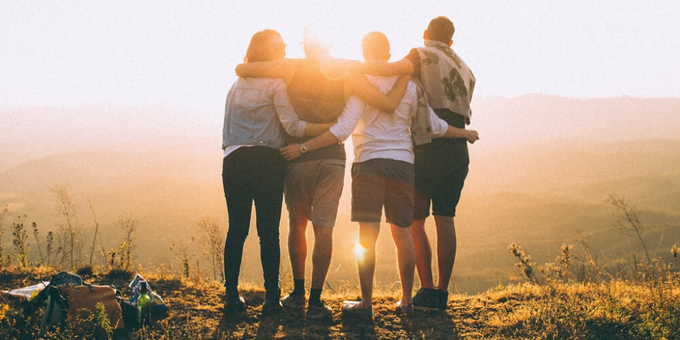 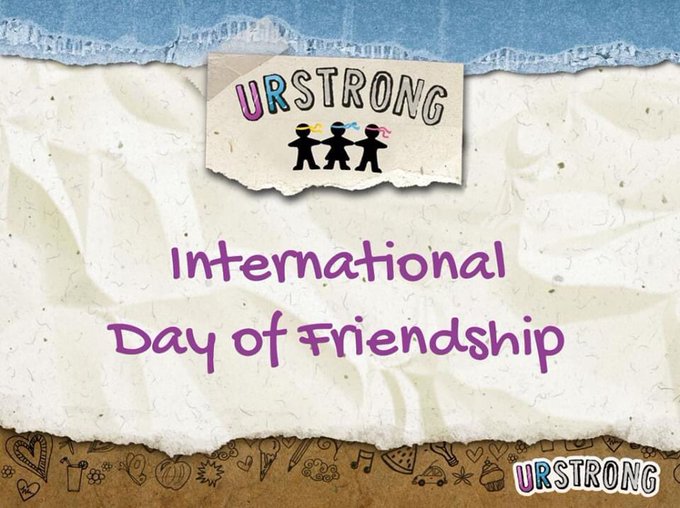 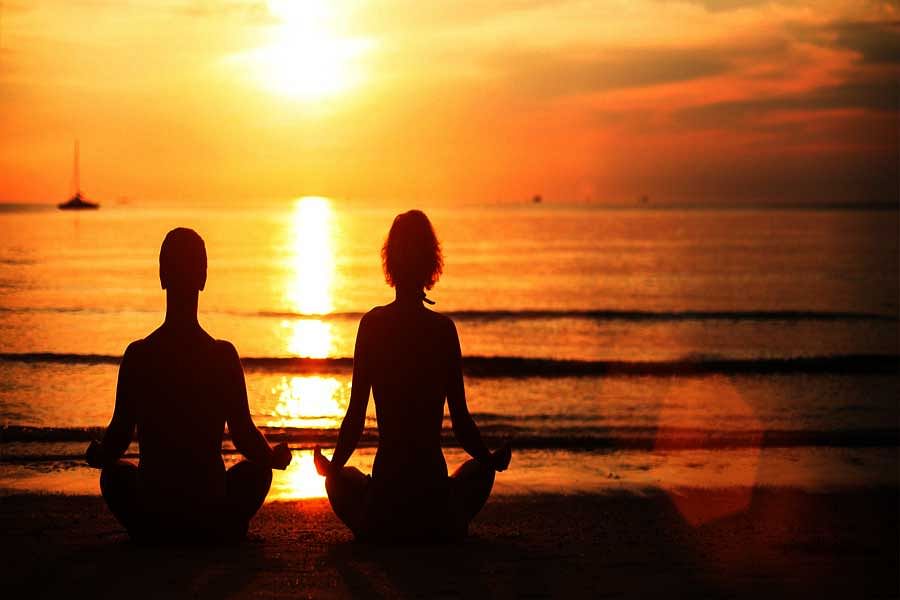