The Ministry of Tourisms Dekho Apna Desh Webinar series titled Rural Tourism: From Previous Niche to Future Norm”on 26th September 2020 focused on the villages, people, farming, culture and the idea of sustainability, responsibility and community living.  While millions of 'White Collar' workers lost their jobs or took a steep cut in salaries due to near-total collapse of urban industries, another few million of 'Blue Collar' workers who built our cities & urban industries are back to their villages after their arduous journeys, with the real possibility of most of them creating an alternative eco-system in rural India. The city-slicker who is tired of consumerism is now looking for a traditional grandpa's village to fix their nature deficit & emotional deficit, while some are looking for a hip & cool glocal village. This new & upcoming genre of tourism is permeating into the segment of elderly for nostalgic reasons, and into the segment of millennials for exotic reasons. 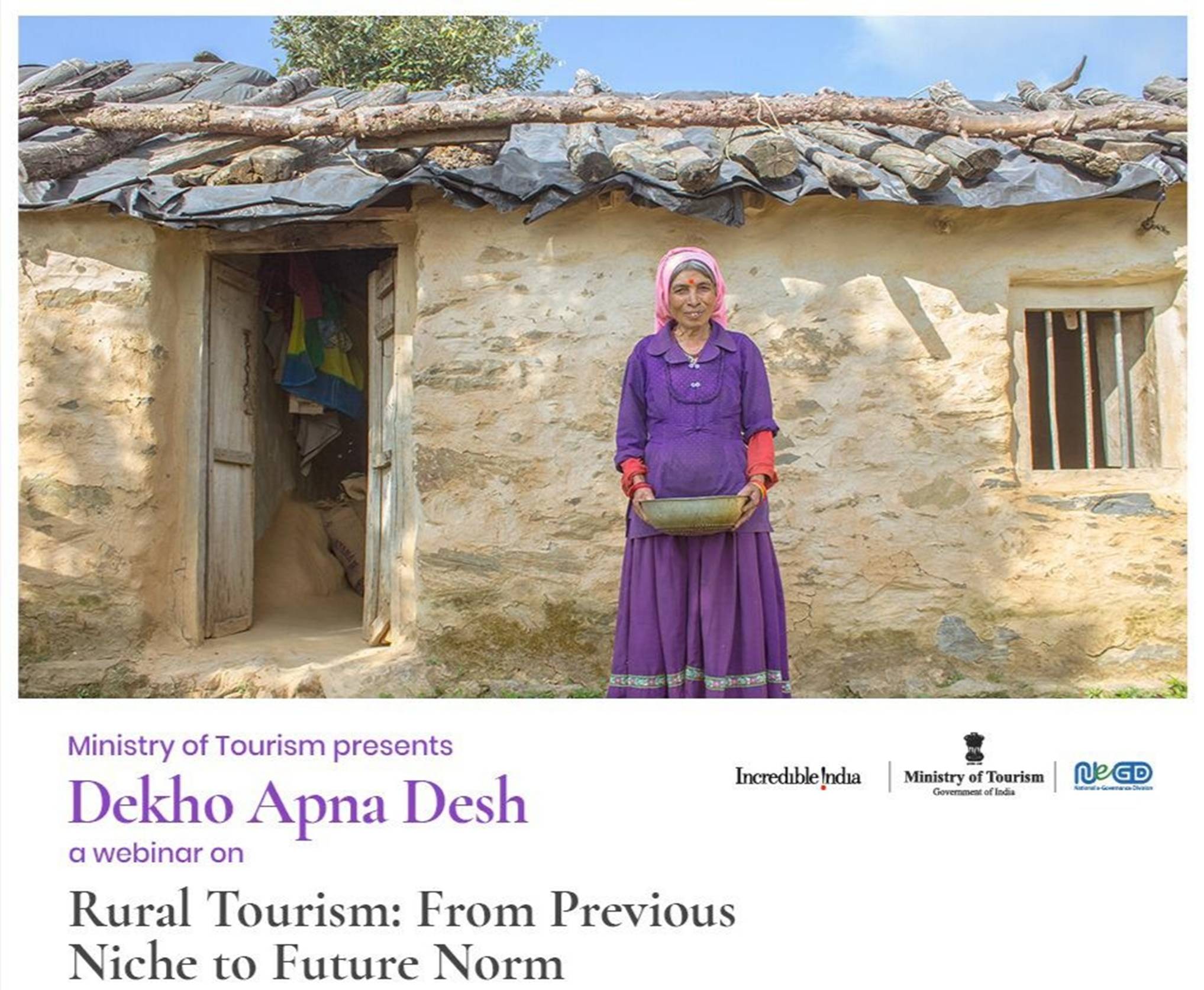 While we all understand that long-haul travel is going to hault for a while, so this webinar took us through the beautiful villages of India virtually to witness the paradigm shift in the space of tourism, through Rural Tourism. Presented by Shri Roopesh Rai, Founder, Green People, The Goat Village & Bakri Chhap.   He shared his experience that happenedthree months post Kedarnath catastrophe  changing  his life forever.  Some of Roopeshs initiatives include The Goat Village (rural & sustainable tourism), Bakri Swayamwar (gene pool improvisation of livestock by social engineering), and Bakri Chhap (a brand representing marginalised Himalayan farmers).

The catastrophe changed the entire look of the State Uttarakhand with major part of the State submerged in water.  The presenter while highlighting the first project added that 1800 villages vacated with few of them moving for better opportunity.  Rural tourism can actually benefit the planet and people.  It is like a mirror image of community tourism.  In macro perspective India has around 6,47,000 villages.  Tourism plays the role of catalyst to culture, agriculture, art, nature, food etc.    Till 1990s only two forms of tourism existed- pilgrimage and rural tourism.  During the vacation children visit to grandparents house in village use to be quiet common. Slowly we became victim of commodities.

The phase of COVID-19 has changed the views of many people.  Elderly generation people get nostalgic benefit and younger segment prefer experience.  The most essential component of rural tourism is story telling which is the building block of destination.  As a traveler one gets the experience of local people, culture, food, customs and get to enjoy all the indigenous offering.  While presenting the example of Jim Corbett National Park, with the park having the maximum visits on weekends, the presenter stated that if the footfall is distributed properly around the villages in Jim Corbett, then rural tourism can also be promoted well and responsibly.

The second presenter Mani Mahesh Aurora,  23, settling off on a self-actualization sabbatical in the Himalayas, his journey with Green People started as a trekker, followed by boarding in as a resident volunteer, and eventually transforming into the role of a Co-founder of Bakri Chhap & The Hideouts.  While appreciating the kind of simplicity, minimalism of village life, he also spoke about the choking life in Cities.  He further stated that we need to integrate the other indigenous traditional ways of living and earning.  A paradigm shift has to come with good amount of environmental sustainable activity that gives the villagers recurring income.

When the team from Green people visited the village, most of the  local people were breaking their house and laborers were engaged to build their house.Only 20% people were engaged in farming and mono cropping.  An agro-tourism initiative with the aim of promoting sustainable development through reviving old traditions and economic means of sustenance such as goat rearing, bee farming, harvesting exotic vegetables, and traditional architecturaltechniques has been set up. Now 80% of population is back to traditional farming.  Green Peoples Happier Himalayan Villages" are not just aiming to give city-slickers & international tourists a taste of life on the other side of the farm hedge; they are creating sustainable eco-systems, which provide alternate sources of income for village dwellers without straining their existing resources.

The Bakri Swayamvar  is a zero waste event. Several villages in Uttarakhand are in areas that are infertile or unirrigated, making livestock the most viable option to keep local economies running. Goats far outnumber sheep, with most owners being marginalised farmers who let the animals graze and roam free. Theres not much systematic growth here in terms of broadening gene pools and not enough awareness of healthy breeding practices. GreenPeople, holds Bakri Swayamvar, their signature event, it helps boost genetic diversity for goat populations in the area and educates farmers about a higher grade of livestock rearing.

The Bakri Swayamvar is a simple, scientifically-backed idea dedicated to local patterns of production, and GreenPeoples efforts to elevate indigenous Indians won them the Indian Responsible Tourism Awards (IRTA) in 2019.

The third presenter Ms. Sunita Kudle, hospitality professional with a total of 23 years of Hoteliering experience. Sunita is currently the Secretary of KEEN, an NGO which is at the forefront of waste management in the town of Mussoorie and Landour taking care of door to door garbage collection, segregation and disposal for the entire town. Sunita is also the Spokesperson of Madhouse to Mudhouse Community, an urban community in the making with a rural mindset and a vision to create Indias next growth story, straight from its villages.

Ms. Sunita Kudle spoke about our repeated efforts to showcase the Golden Triangle and Kerala which creates enormous pressure on the destination.  A person travel basically to get out of comfort zone.  Apart from forts, palaces, India has colourful festivals like latmar holi, Diwali etc,Exotic flowers like rhododendron in Uttarakhand and Sikkim.   Some sporting events can be promoted like rural Olympics at Qila Raipur, Jallikattu festival etc.  Harvest festivals are celebrated in India in different ways whether it is Punjab, Tamilnadu, Gujarat, Assam etc.  We have to create experiences that touch the heart of the provider and the consumer.Travellers visiting Rural villages help in improving the self esteem of the locals.

Summing up the webinar Rupinder Brar, Additional Director General encouraged following the current protocol, respecting the environment so that the entire humanity can have a humbling experience with nature.  At the same time she insisted to respect nature and learn to coexist with nature. DekhoApnaDesh Webinar Series is an effort to showcase India’s rich diversity under Ek Bharat Shreshtha Bharat.

The Dekho Apna Desh Webinar Series is presented in technical partnership with National e Governance Department, Ministry of Electronics and Information Technology. The Sessions of Webinar are now available on the https://www.youtube.com/channel/UCbzIbBmMvtvH7d6Zo_ZEHDA/featured and also on all social media Handles of Ministry of Tourism, Government of India.

The next webinar titled Gandhiji: The Bombay Years is scheduled on 1st October 2020 at 11.00 am. 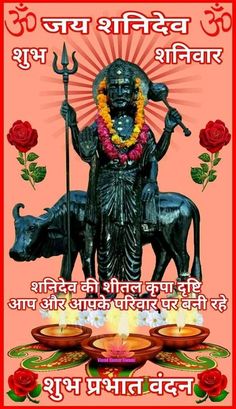 educratsweb provide the educational contents, Job, Online Practice set for students.
if you have any information regarding Job, Study Material or any other information related to career. you can Post your article on our website. Click here to Register & Share your contents.
For Advertisment email us at educratsweb@gmail.com
Search | http://www.educratsweb.com/content.php?id=4576