The top Python developers in the United States

Python is a Swiss Army Knife for programmers. It is a veteran programming language present in many applications and operating systems. We can find it running on servers, in iOS, Android, Linux, Windows or Mac applications. This is because it has a moderate learning curve and because its philosophy emphasizes offering a readable code syntax.

It is a versatile multiplatform and multiparadigm programming language that stands out for its readable and clean code. One of the reasons for its success is that it has an open source license that allows it to be used in any setting. This makes it one of the initiation languages ​​of many programmers and is taught in schools and universities around the world. In addition to this, large companies use it, such as Google, Facebook or YouTube, since it allows, among other characteristics, the automation of processes and execution of tasks in both the client and server environments.

Python is ideal for working with large volumes of data since, being multiplatform, favors its extraction and processing, that is why Big Data companies choose it. On a scientific level, it has a large library of resources with a special emphasis on mathematics for aspiring programmers in specialized areas. And if this were not enough, it is possible to create video games although it is not as efficient as Java or C #.

A simple, legible and elegant language that meets a set of rules that make its learning curve very short. If you already have some programming notions or you come from programming in other languages ​​such as Java, it will not be difficult for you to start reading and understanding the code developed in Python.

The next step is to start programming, you will see that with very few lines of code it is possible to program complex algorithms. This makes Python a practical language that saves a lot of time.

The first release of Python was around 30 years ago. In 1991 version 0.9.0 was published in alt.sources, a newsgroup that was very popular at that time by developers since the internet was not as we know it today and the connection was made through a rudimentary telephone line. That version already had advanced features like classes with inheritance or exception handling. This soon made the language catch the eye of developers around the world.

In 1994, comp.lang.python, the main Python discussion forum, was formed, marking a milestone in the growth of the Python user group. But it is in the year 2000 when an important milestone occurs. The core team of developers changes their domain to BeOpen.com to form BeOpen PythonLabs coinciding with the release of version 1.6 and 2.0 around the same time. After Python 2.0 was published by BeOpen.com, Guido van Rossum and the other PythonLabs developers joined Digital Creations to continue the development of the different versions until today.

Over the last 30 years Python has enjoyed constant evolution in addition to the support of the community that have made it particularly relevant in the development of applications in a server environment. This, together with its simplicity, has made it to be present in the Big Data scene and especially in the development of automated learning algorithms.

The generalization of Big Data in recent years, followed by the explosion of Artificial Intelligence, Machine Learning, Deep Learning and the consolidation of data science as a new area of ​​work with its own specialists, has revolutionized the landscape.

Python is a widely used general-purpose language. This means that although some languages ​​have a better position, such as R in Data Science and Machine Learning technologies, Python allows you to cover projects in a much faster and more efficient way, so if you are a developer, engineer or data scientist, you cannot waste more time and start specializing in Python or at least learning about its benefits.

A top Python developer is Zealous, which is a global team of cr

eators, believers and thinkers. They call themselves crazy enough to be able to create new opportunities on order to constantly innovate. They are convinced that in software development only 1% of its importance is related to coding. The other 99% is to fully understand the client and its needs. The company has offices in Ohio, as well as in India and Australia.

Another prominent Python developer is Zymr, which is located in Silicon Valley. The company was created in 2012 and it has created several amazing projects since then.

DOIT is also a recognized Python developer. It has offices in Austin and in Boston in the United States. It has also an office in Kiev, in Ukraine. This company offers unique solutions to its clients, with a wide range of technology solutions for them.

Last but not least, the Uruguayan company Innuy is another top Python developer. Its headquarters are in Montevideo, Uruguay, but it also has offices in the United States in New York City and North Carolina, as well as in Tel Aviv in Israel. 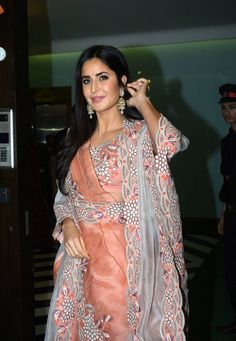 educratsweb provide the educational contents, Job, Online Practice set for students.
if you have any information regarding Job, Study Material or any other information related to career. you can Post your article on our website. Click here to Register & Share your contents.
For Advertisment email us at educratsweb@gmail.com
Search | http://www.educratsweb.com/content.php?id=4600