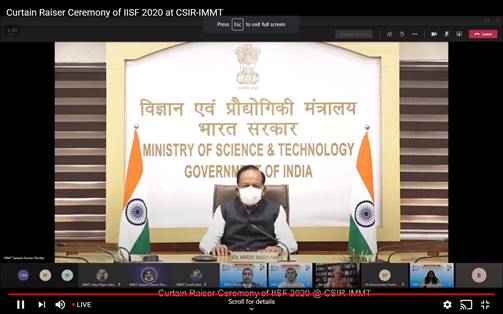 Delivering the inaugural address, Dr HarshaVardhan said, “The proposed theme of IISF-2020 - Science for Self-Reliant India and Global Welfare is very relevant in the present context when the nation is looking towards science and technology for spearheading growth and for implementing the vision of our Prime Minister, Shri Narendra Modi Ji of an “Atmanirbhar Bharat” playing a significant role in the global economy. Many great scientific discoveries and technological advancements in various fields have showcased the excellence of our efforts in science and technology to the world”.

He opined that Mining, Minerals, and Materials are important components of economic India. CSIR-IMMT is part of CSIR family and is continuously working in the direction to lead in the areas of mineral & material resources and solve the R&D problems of mining, mineral, and metals industries and ensure their sustainable development for the nation. “CSIR-IMMT is constantly striving to understand and address technological solutions in Minerals and Materials for a sustainable economy .  CSIR-IMMT is working on resourcing of critical minerals, e.g. tungsten, lithium, cobalt, manganese, rare earth elements, etc., for both primary and secondary resources. They are working with the industries to implement these technologies for “AtmaNirbhar Bharat”, the Minister explained.

Dr Harsh Vardhan expressed his happiness that IISF is a celebration of science and technology by engaging with the public from different cross-sections of our society and showcasing how Science, Technology, Engineering, and Mathematics provide us with the solution to improve our lives. It also educates our present generation as to how over the centuries, India has been an inspiration for different countries in bringing new thoughts, ideas, and novel innovations. The Science and Technology Minister said “IISF, launched in 2015, has, over the years, created a unique platform to inspire curiosity and make learning more rewarding. This effort will fuel India’s drive towards becoming a Vishwa-Guru”. He wished IISF 2020, a mega success in achieving its objectives and look forward to huge participation from all sections of society. 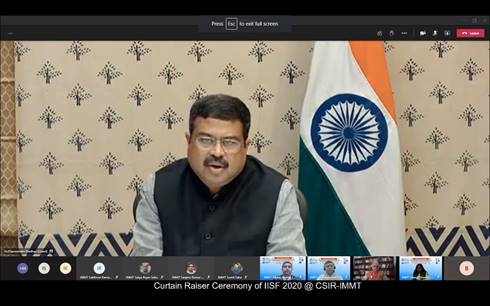 Shri Dharmendra Pradhan in his address appealed to the scientific community to Innovate for India and create competitive advantage to make India Aatmanirbhar and create products and services which can compete with the best in the world. Underling the role of science and innovation in the development of any society, Shri Pradhan said that the COVID-19 pandemic has once again demonstrated that we have to develop and strengthen our institutional and industrial capacity in scientific knowledge and innovation in all areas. Outlining the Prime Minister Shri Narendra Modi’s vision of ‘Aatmanirbhar Bharat’, he said an Aatmanirbhar Bharat is a Bharat which does not only fulfill its own requirements but also is a beacon of hope for the global community, true to the spirit of ‘VasudhaivKutumbukam.’

Shri Pradhan said that India’s strive to achieve self-reliance cannot be possible without the appropriate use of science and technology for economic development and societal benefit. Through a robust R&D ecosystem, we could develop state-of-the art products and services, make existing systems and processes more efficient. He appealed to the scientific community to integrate India’s rich ancient legacy in advanced scientific concepts and mathematics with modern scientific methods of investigation , to unravel the secrets behind many of these practices and scientifically establish them.

In his address Dr.Shekhar C Mande said that IISF-2020 is the 6th edition of India International Science Festival and through it Vigyan Bharti aims to take  science to the people. He informed that CSIR has partnered with many major Indian companies for production of scientific and pharmaceutical products. 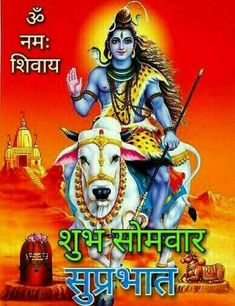