Mumbai, 17th April 2021: AirAsia India will operate from Terminal 2 at Chhatrapati Shivaji Maharaj International Airport, Mumbai, instead of Terminal 1, from 21st April 2021 onwards. The movement of domestic operations to Terminal 2 will take place as per the directives laid out by Mumbai International Airport Limited to reconsolidate all domestic flights from Terminal 1. Mumbai is the airline’s 4th hub in India after Bengaluru, New Delhi & Kolkata. AirAsia India currently operates to destinations such as Ahmedabad, Bhubaneswar, Bengaluru, Kolkata, Kochi, New Delhi, Guwahati, Ranchi, Chennai and Jaipur from Mumbai, ensuring seamless and economical travel for our guests. AirAsia India also operates connecting flights from Mumbai to Visakhapatnam, Srinagar, Bagdogra, Imphal, Indore, Hyderabad and Goa. Renowned for offering the most diverse range of hot meals in Indian skies, the airline also recently announced that it is now partnering for catering services exclusively with TajSATS in Mumbai and across its hubs.

Over 50,000 passengers fly to and from the financial capital every day and AirAsia India has been closely monitoring the COVID-19 pandemic and following guidelines from the World Health Organisation (WHO) and respective local health agencies.

Headquartered in Bengaluru, India,  AirAsia India Limited is a venture between Tata Sons Private Limited and AirAsia Investment Limited. AirAsia India commenced operations on 12th June 2014 and flies to 19 destinations across India with 26 Airbus A320 aircraft. The airline offers plush leather seats and a diverse selection of hot meals. AirAsia stands firmly on the pillars of its core values - Dare to Dream, Be Guest-Obsessed, People First, Safety Always, Make it Happen, One AirAsia and Sustainability Spirit.

As an airline that has consistently embraced technology to deliver operational efficiency and enhance guest experiences, AirAsia India has introduced services to facilitate contactless travel like AirAsia Flyporter door to door baggage delivery services in Bengaluru, New Delhi and Hyderabad and Red Carpet Priority Check-In, Boarding and Baggage services along with other exclusive benefits on airasia.co.in 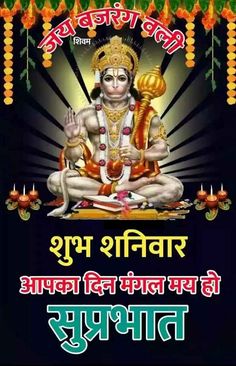