The Chimeric Antigen Receptor T-cell (CAR-T) therapy has emerged as a breakthrough in cancer treatment. Clinical trials conducted globally have shown promising results in end stage patients, especially in patients suffering from Acute Lymphocytic Leukemia. Though this technology has a remarkable therapeutic potential for cancer patients, at present this technology is not available in India. Each patient's CAR-T cell therapy costs 3-4 crore (INR). The challenge therefore is to develop this technology in cost-effective manner and make it available for the patients.

The manufacturing complexity is a major reason for the therapy cost. In order to promote and support development of CAR-T cell technology against cancer and other diseases, BIRAC and DBT have taken initiatives and launched specialized calls to invite proposals in the last 2 years.

The 4th June, 2021 was a historic day for TMH, IIT Bombay team and cancer care in India as the first CAR-T cell therapy (a type of gene therapy) was done at the Bone Marrow Transplant unit at ACTREC, Tata Memorial Center in Mumbai. The CAR-T cells were designed and manufactured at Bioscience and Bioengineering (BSBE) department of IIT Bombay.

This work is partly supported by BIRAC-PACE scheme. The TMC-IIT Bombay team are further supported to extend this project for conducting Phase I/II trial of their CAR-T product by DBT/BIRAC, through National Biopharma Mission.

This is a “first in India” gene therapy in early phase pilot clinical trial and the dedicated efforts and excellent collaboration between IIT Bombay and Tata Memorial Hospital, Mumbai.The central government’s National Biopharma Mission-BIRAC has approved 19.15 Cr crore to the team for conducting a first-in-human phase-1/2 clinical trial of the CAR-T cells. The clinical trials are being done by Dr (Surg Cdr) Gaurav Narula, Professor of Paediatric Oncology and Health Sciences, and his team from TMC, Mumbai, and the novel CAR-T cells that will act as drugs that were manufactured by Prof Rahul Purwar, Bioscience and Bioengineering (BSBE) department and his team at IIT Bombay. The design, development, and extensive pre-clinical testing was carried out by IIT-B as a collaborative project with Tata Memorial Center, Mumbai by the two Investigators.

IIT-B director Subhasis Chaudhuri said this was a significant feat for the institute as well as the country. “We at IIT-B are delighted that our scientists along with Tata Memorial Hospital have come out with the most sophisticated therapy in cancer treatment. If the trials are successful, it may save millions of lives by making the treatment available in India at an affordable cost. It is a research of IIT-B that is expected to touch the lives of all,” said Chaudhuri.

National Biopharma Mission is also supporting the development of Lentiviral vector manufacturing facility for packaging plasmids used to transfer the modified T cell inside the body, cGMP facility for T-cell transduction and expansion for CAR T-cell manufacturing to two other organizations. The development of CAR-T cell technology for diseases including acute lymphocytic leukemia, multiple myeloma, glioblastoma, hepatocellular carcinoma and type-2 diabetes is supported through DBT. 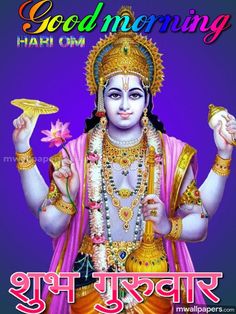 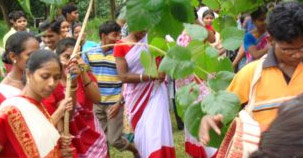