Dr. PR Sodani, President at IIHMR University said, “Iamgrateful to be a part of this webinar which shares the unique experience and talk about how developmental scientists of India shared their wisdom and experiences. The ultimate objective of the development sector must be focused on the benefit of all key stakeholdersi.e. ultimately the society. It is a great occasion where very renowned personalities academicianand practitioners come to the same platform to share their ideology and experience. He believes that each of them can learn from each other and that is only beneficial for the society. We are working with the state and central govt. with the development partners. With whatever we do in IIHMR the outcomes of the research basically work for the betterment of the community.

He further said, “We are working very closely with the community and for the community.”  It is important that the projects and researches with various interventions done by the Central or State Government must be beneficial to the society on the whole. Whenever I teach our future scientists I feel that they are the key stakeholders for managing the future domain areas of our societies. We feel that whatever knowledge they gain from IIHMR University should benefit them in future. We always thrive to make our students do the remarkable jobs andthey feel that the education they gained is very helpful for them and they are able to contribute significantly to benefit the society on the whole.Keeping in mind the growth of Society IIHMR has launched a first of its kind course in India of MBA in Development Management because in coming time India we need great developmental professional in the countryto achieve the common National Goal. ”

Dr.Goutam Sadhu, Professor, IIHMR UniversityModerated the entire conversation and said, “COVID-19 has pushed the responsibility of worldwide institutions in the country to face the greatest challenges with indirect social and political impact. Economic downturn has greatly affected the work and medium socioeconomic status of every human. We have conducted the conference with the eminent professionals to understand how the new generation of inequalities participated to enhance capabilities, the new necessities of the 21st century. It is a challenge for all the professionals be it  from development sector or healthcare sector, livelihood, consultancy, etc. To understand how to draft the future route and how management professional can gear up to face the unavoidable challengeswe with the opinions of professional from across the world tried to contribute our insights to face these trying times.

Dr. HimadriSinha, Prof. &Head of Department (RM) XISS, Ranchi,focused on the COVID-19 responses of the development sector during Phase I and Phase II he placed his concern and ponderedon to share a situation analysis on how Turkey could open tourism within 15 months of COVID-19 and how South Korea controlled COVID-19 in a short span. He also shared his insights on how privatization can revive the entire economy.

In order to revive the sinking economy,Dr. HimadriSinhafocused on privatization and reduction of digital divide alongwith the promotion of freedom of expression. He elaborated by focusing on challenges and their solutions where he said, “India’s Human Development Index is 131 among 189 countries and we are at 115 in SDG in 2020 as it opposed to 113 in 2019. There must be Privatization drives that are needed to revive the economy. Professionals from the development sector can help infacilitating the revival of unorganized sectors including the agriculture sector. These professionals can also protest against Govt’s anti-NGO mindset and participate proactively in HDI and SDG target. In order to vaccinate 70% of the population by 2021, development professionals can play a large role in promoting COVID-19 responsible SBCC and vaccination drive and also create an awareness about black fungus. To overcome the digital divide, capacity building of economically weaker sections and empowering gender equality. To protect the freedom of expression and voice of protest / criticism, development professionals must promote advocacy, reconstruction of rights based approach is another challenge. Academicians have an important role to play in halting the institutional erosion.”

Mr. SudarshanSuchi, CEO, Save the Children India said, “COVID-19 has created multiple challenges at both the national and international level. However, it has taught great lessons to organizations to keep processes simple yet effective as most of these came crumbling down during the pandemic. It is the contributions of the people from the Development Sector who have risked their lives to keep things going. It is important people understand that professionals in the development sector have entered into the space out of their choice. It is these professionals during the time of COVID expanded attitudes in the communities to become more resilient. It is these professionals who have helped people to deal with challenges pertaining to mental health which is a social stigma. In a society where people use common bathrooms, share spaces of 6X8 rooms and share common utilities, face tremendous backlashes in the society if any one member from a family of 8 people suffered from COVID. It were the professionals of the development sector and CSR or NGO’s that came forward to help these people and create awareness to maintain continuity in the communities by making them resilient.”

Mr. Suchi further emphasized that, “It is important to evolve methods, systems and processes by not replacing the Governmen, but by building capacities within the communities and allowing Governments to join these schemes. Capacity building programs on facilitators learning technical terms was a must during the pandemic with new jargons like Oxymeters, Oxygen concentrators, Remdevisir etc. to create awareness amongst those who aren’t aware of these jargons. We must be prepared of the most anticipated third wave which is likely to hit the rural areas.”

Dr. DiptiranjanMahapatra, Faculty Public Policy and Strategy, IIM Sambalpur focused on Supply Chain uncertainties and its management implications said, “Supply chain actually forms the backbone of any organization. Inspite of the pandemic, organisations have to expect disruptions atleast which are natural in nature which would include earthquakes, floods, cyber-attacksand faminesat least once in four years. Industries which are manpower intensive have been mostly affected by the Pandemic. This revamps the whole system giving an opportunity for the people in the development sector to rethink and create strategies which suit the need of the hour. While this disruption has caused a lot of anguish we have been able to get around due to a strong supply chain management system in the economy.”

Dr. KK Upadhyay, Chairman DNR Foundation and Former Head CSR, FICCI expressed his delight to be a part of the discussion at IIHMR University said, “CSR is the heart of any business. It was built to make employees productive, healthier and philanthropic. 17000 companies under the Company Act had to invest 2% on CSR in 2013. This led to a contribution of Rs. 13,327 crore in CSR in 2013. Lot of money has been spent to about 1 lack crores in different sectors. Last year has been very crucial and eventful. In 2019 CSR had become compulsory as per the law. There have been multiple amendments in CSR norms during COVID where related activities in the normal course of business, in R&D and even the latest CSR funds can be used to build hospitals, temporary or permanent. CSR has been the backbone for contributing to various activities and development across various segments. CSR is the bridge between what the Society wants and what it can expect. Thus the private sector, the academia and the Government Sector must come together to overcome challenges in the economy.”

Mr. Sanjay Singh, Communication 4 Development Specialist, UNICEF, MP, “Adopted communication techniques are a must during the COVID-19 crisis. We must focus on Communications challenges and approaches and communication monitoring during COVID-19. Three challenges faced during COVID-19 are Social and Behavior change communication challenges, vaccine related issues and operational issues relating to communication. Social platforms must offer clear responses to all questions in relation to vaccine where most of them remain unanswered. Rural areas and Tribal areas the registration for vaccine through mobile apps is a task hence the Government has created easier methods of enrolling. One negative communication can cause a tremendous hindrance in areas especially tribal areas. Social mobilization and peer to peer communication seems missing for vaccinations.Key areas of communicating with people were to create strategies by observing people behavior. People were made aware of the ever changing guidelines through constant communications and awareness camps by the Government. The channel of communications must be channelized. Communication channels have been utilized to reduce the social stigma of mental health through social platforms and crisis communication has been managed effectively.”

Prof Rahul Ghai, Dean - SDS, IIHMR University in his concluding remarks reiterated the importance of people centric development agendas with more robust civic engagement was need of the hour for recalibrating space for public good. For the upcoming challenges of the 21st century there was a need for complex arrangements and partnerships with private institutions and industry as co-drivers of growth for greater public good and attainment of SDG agenda.

The National Conclave 2021 on Managing Post COVID Development Transitions- Challenges and Opportunities for Management Professionals concluded by a Q&A session. 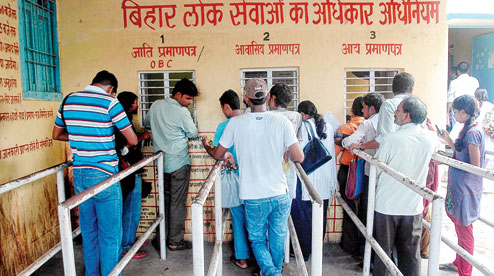 Nine Months Course in Cinematography JUNE 2020 to FEBRUARY 2021 Admissions on Apply Now SEAT WILL BE ALLOTTED ON FIRST COME FIRST BASIS The Philosophy behind the Nine Months Cinematography course has been to awaken the creative personality hidden in many people who have not had the opportunity to explore Photography/ Cinematography as a career. These are people who love taking pictures but have been baffled by the technologies involved in digital Photography/Cinematography, or those who are inspired by the beauty of what they see but are frustrated that they cannot transform that experience into a great picture. The course is meant to guide such people and give them a start in the right direction. Applications can be downloaded from https://www.mindscreen.co.in/pdf/application.pdf and completed application form along with a recent passport size photograph and a DD for Rs.2500/- towards registration fees to be drawn in favor of MINDSCREEN FILM INSTITUTE, payable at Chennai to reach us on or before 15th Mar 108