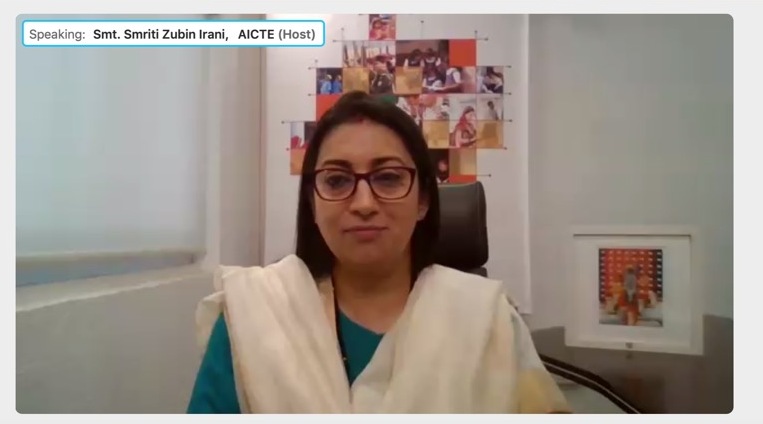 The Toycathon 2021 is being organized jointly by Ministry of Education in coordination with five other Ministries viz: Ministry of Women and Child Development, Ministry of Information and Broadcasting, Ministry of Commerce &Industry, Ministry of Small and Medium Enterprises, and Ministry of Textiles. This inter-ministerial Toycathon focuses on conceptualizing new and innovative toys using local materials which are economical, affordable, safe, environment friendly, with exceptional high quality for both Indian and global markets. 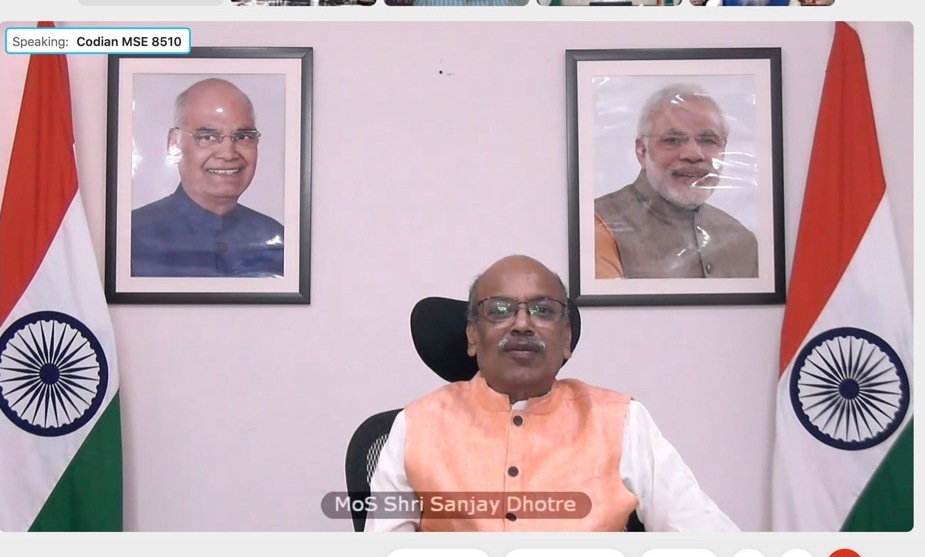 Speaking on the occasion, Smt. Smriti Zubin Irani marked the moment as historical where the nations first toy hackathon is being dedicated to the world. The Minister complimented 17749 individual teams that submitted the ideas at Toycathon 2021. She hoped that many more ideas from this toycathon grand finale be commercialized. She emphasized that the toys have huge impact on psychomotor abilities of children, impact their memory skill and generate huge responsibility towards ensuring future autonomy of the child.

She expressed her concerns that 85% toys that our children are playing with are imported and are predominantly made of plastic. Drawing inspiration from Prime Ministers global commitment for sustainable development, Minister invited research bodies and toy manufacturers to make sustainable toys. She also advised that India is known for its engineering potential and our technologists should equip toy sector with adequate and innovative technologies for electronic toys.

Shri Dhotre said Indian toy market stands at around $1.5 billion USD and currently we are importing a major chunk from outside. The global toy market is estimated to be more than 100 billion USD, we must channelize our creative, innovative and manufacturing power to have our share in these areas. This toycathon will provide opportunity to our young innovative minds to lead the path to manufacture toys in India for the world.He suggested that the use of toys could ease the burden of rote learning science and other subjects.

Speaking on the occasion, Shri Upendra Prasad Singh  highlighted the commercial as well as pedagogical importance of toys in inculcating the values, ethos and awareness about our history and culture. He said we have a very large number of clusters and very good artisans, but one thing which is required is to innovate, innovate as per the changing requirement of not only our country but for abroad as well. He hoped that the ideas generated in this toycathon will be very useful for the said purpose.

Shri Amit Khare expressed his concerns that economical value of imported toys is huge and it is a roadblock for atmanirbhar Bharat. He said, The curb on import of toys will generate new opportunities for our artisans. He added that the National Education Policy 2020 advocates for 5+3+3+4 system and it asks for activity-based learning for children through toys and games, here the importance of regional Indian toys is very significant in connecting young minds with our history and culture.

On Inaugural occasion Prof. Anil D. Sahasrabudhe, Chairman, AICTE said that early child education should not be stressful and it should be fun based learning through toys, stories and games. He added, Edutainment, which is entertainment and education at the same time,  is required.He praised the organizing team for developing a robust digital platform which could bring the participants, evaluators and organizers on one platform to facilitate this toycathon.

Dr. Abhay Jere, Chief Innovation Officer, Ministry of Educations Innovation Cell, welcomed the dignitaries and motivated the participants to do best as per their abilities.

Dr. Mohit Gambhir, Director, MoEs Innovation Cell, who mastered the inaugural ceremony emphasized the importance of grassroot innovation. He said In todays time it is well understood that the future innovations will spring from the base of pyramid – where common men-women will innovate for their needs. This base of pyramid is very critical for holistic development of society and needs to be trained.

The hackathon was initially conceptualized in physical as well as digital mode. Due to the prevailing Covid 19 pandemic and owing to the safety of participants the physical edition has been deferred and now only digital edition is being conducted from 22ndJune to 24thJune 2021. Toycathon 2021 majorly focuses on conceptualizing new and innovative toys using local materials which are economical, affordable, safe, and environment friendly, of exceptionally high quality for Indian as well as global market.

The ongoing Toy Hackathon have 3 tracks:

Track 2 for Senior Level Participants i.e., students and faculty from Higher education institutions. This group focus on developing concepts for 0-3 years, 4-10 and 11 years and above. This segment primarily focused on Electronics, Sensors, Mechatronics, and toys based on AI and ML approaches, AR-VR-XR and Robotics.

Track 3 for Startup-Professional Level that incudes overall innovation and development of prototypes. These prototypes are expected to enable toy industry in boosting up the production along with improving the quality of toys in Indian market.

During three-day Toycathon 2021 grand finale, participating teams of all tracks will be mentored through specialized mentoring session in morning half of the day and then they will be evaluated in later half of the day for initial two days and then there will be a power judging round for participating teams to declare winners for Toycathon 2021 Digital Edition. For this purpose, Ministry of Education Innovation Cell has engaged 645 mentors and evaluators for 1567participating teams. 85 Nodal centers have been selected to support Ministry of Educations Innovation Cell and All India Council for Technical Education, which are the organizing agencies for this Inter-ministerial Toycathon.