People studying Higher Mathematics are often confused with the existence of Complex Numbers and its Imaginary number “i”.

What are Complex Numbers:
Complex Numbers are numbers whose 1st part is Real while 2nd part is Imaginary and is expressed as a+bi
where
a –> Real Part
bi –> Imaginary Part and
i –> � √ -1�

Brief History of Numbers:
Initially Romans used numbers only from 1-9 i.e. without any ‘0’.

Zero: But then Indians introduced ‘0’ and when this new number went to Europe it was not accepted for 100’s of years. Reason was simple Europeans were very comfortable with 1-9 for their transactions but as years progressed they realized the importance of ‘0’ which makes solving certain equations in simple manner and started accepting it.

Fractions: Today fractions are widely used across all fields. But can fractions exists for all items?? NO… we cannot have 11⁄2 men … right ?? but we can definitely have 21⁄3 apples. Also to solve equations like 2x = 1, fractions were required and hence for convenience fractions gradually became part of our number system.

Irrational Numbers: There are certain numbers  like� √ 2� , π which cannot be expressed as fractions and
hence cannot fit anywhere in above number system.
But certain equations like x2=2 generates certain numbers,
called as Irrational Numbers, which are required to placed somewhere in our
Number System else it wont be possible to have solutions for x2=2.

Vinculum Numbers: Vinculum numbers are from Vedic Mathematics where atleast 1 digit is negative. Sounds strange how can any digit in a number can be negative but Vinculum Numbers does make solving problems in short time. Another great example of convenience. Visit Vinculum Numbers for more details.

So as seen above we used 0, negative numbers, Irrational, Vinculum numbers, etc. all these numbers are Human Creation and were invented to have solution to every problem/equation and not to forget to make life of human being simpler.

Mathematics is Invention not Discovery. Just like an airplane or a flying machine which was invented as small invention as gliders. But gradually with modifications and for human convenience flying machine could carry from few people to around 200 people from 1 continent to another and making possible even to go in our milky way.
Same way is Mathematics — Invention, Modification and Addition.

Arrival of Complex Numbers: Similarly to make certain equations solvable like x2 = -1, Complex Numbers were introduced. To solve certain polynomial equations we often come across square root of negative numbers and without the concept of Complex Numbers we would end up in Dead End. Same thing had happened to Greek Mathematician “Heron“. While calculating volume of some frustum of a cone he came across √� 81 – 144� but unaware what to be done with √� negative number� ,
he left the calculation there itself. 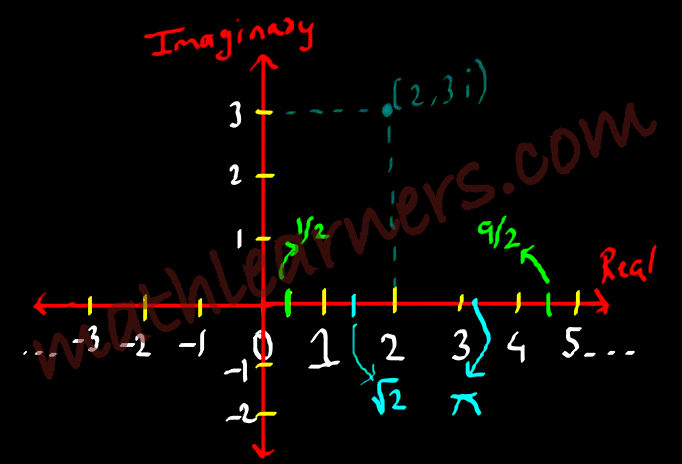 educratsweb provide the educational contents, Job, Online Practice set for students.
if you have any information regarding Job, Study Material or any other information related to career. you can Post your article on our website. Click here to Register & Share your contents.
For Advertisment email us at educratsweb@gmail.com
Search | http://www.educratsweb.com/content.php?id=974