Google Pay, a secure app for money transfers, bills and recharges & earn ₹21 back on your first payment!
Posted on Tuesday October 15 2019

Register your Business in Directory
Posted on Tuesday April 7 2020

Get to know about the latest happenings in Indian cinema & Hollywood on www.indiaglitz.com !
Posted on Friday May 15 2020

Nandamuri Taraka Rama Rao - (born 20 May 1983), also known as Jr. N.T.R or Tarak is an Indian film actor and television personality known for his works in Telugu cinema.

Ajith Kumar - (born 1 May 1971), often mononymously called Ajith, is an Indian film actor who works predominantly in Tamil cinema. To date, Ajith has starred in over 50 films. In addition to his acting, he is also a motor car racer and participated in the MRF Racing series (2010).

Raja Harishchandra is a 1913 Indian silent film directed and produced by Dadasaheb Phalke.It is often considered the first full-length Indian feature film. Raja Harishchandra features Dattatraya Damodar Dabke, Anna Salunke, Bhalchandra Phalke, and Gajanan Vasudev Sane and is based on the legend of Harishchandra, with Dabke portraying the title character. The film, being silent, had English, Marathi, and Hindi-language intertitles. The film premiered at the Olympia Theatre, Bombay, on - 21 April 1913, and had its theatrical release on - 3 May 1913 at the Coronation Cinematograph and Variety Hall, Girgaon, Mumbai

Nandamuri Taraka Rama Rao - (born 20 May 1983), also known as Jr. N.T.R or Tarak is an Indian film actor and television personality known for his works in Telugu cinema.

Nargis Dutt - (Born Fatima Rashid; 1 June 1929 – 3 May 1981), also known by her stage name Nargis, was an Indian film actress, who starred in classic films of Bollywood. Regarded as one of the greatest actress in the history of Hindi cinema.

Vijay Deverakonda is an Indian film actor, film producer, and media personality known predominantly for his works in Telugu cinema.

Nandamuri Taraka Rama Rao - (28 May 1923 – 18 January 1996), popularly known as NTR, was an Indian actor, producer, director, film editor and politician who served as Chief Minister of Andhra Pradesh for seven years over three terms. He is widely regarded as one of the greatest actors of Indian cinema and one of the two legends of Telugu cinema, along with Akkineni Nageswara Rao. NTR received three National Film Awards for co-producing Thodu Dongalu (1954) and Seetharama Kalyanam (1960) under National Art Theater, Madras,and for directing Varakatnam (1970). NTR has received the erstwhile Rashtrapati Awards for his performance(s) in the Raju Peda (1954) and the Lava Kusa (1963). He garnered the Nandi Award for Best Actor for Kodalu Diddina Kapuram in 1970, and the Inaugural Filmfare Award for Best Actor – Telugu in 1972 for Badi Panthulu.

Mohanlal Viswanathan - (born 21 May 1960), known mononymously as Mohanlal, is an Indian actor, producer, playback singer, and distributor, who predominantly works in Malayalam cinema. He has had a prolific career spanning over four decades, during which he has acted in more than 340 films. In addition to Malayalam, he has also appeared in other regional Indian films.

P. Padmarajan - (23 May 1945 – 24 January 1991) was an Indian film maker, screenwriter and author who was known for his landmark work in Malayalam literature and Malayalam cinema. Padmarajan was the founder of a new school of film making in Malayalam cinema, along with Bharathan and K. G. George, in the 1980s, which created groundbreaking films that were widely received while also being critically acclaimed.Known for his classic works, he is widely regarded as one of the greatest film makers of Malayalam Cinema of all time.

Muraleedharan Pillai, popularly known as Murali - (Malayalam: മുരളി, 25 May 1954 – 6 August 2009) was an Indian film, stage and television actor and author. He mainly appeared in Malayalam films and a few Tamil films. He won the National Film Award for Best Actor for his portrayal of Appa Mestry, a communist freedom fighter and professional weaver in the 2002 film Neythukaran. Regarded by film critics as one of the greatest actors in Indian cinema, he was known for his powerful portrayal of character roles, lead roles and negative roles.

Kesavan Venugopal - (born 22 May 1948), known popularly by his stage name Nedumudi Venu, is an Indian film actor from Kerala, who predominantly works in the Malayalam Cinema. Widely regarded as one of the greatest actors in Indian cinema of all time, he has acted in more than 500 films, primarily in Malayalam and also in Tamil. He has also written screenplays and has directed one film. He has won two National Film Awards and six Kerala State Film Awards for his various performances.

B. Vithalacharya or B. Vittalacharya - (18 January 1920 – 28 May 1999) was an Indian film director and producer known for his works in Telugu cinema, and Kannada cinema. He was known as Jaanapada Brahma in the Telugu film arena. Vittalacharya formed his film production company Vittal Productions, which produced the first film directed by him, Rajya Lakshmi. 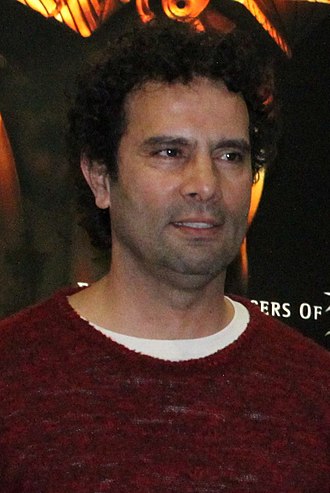 Tarsem Singh Dhandwar - (born 26 May 1961), known professionally as Tarsem, is an Indian director who has worked on films, music videos, and commercials. #26May